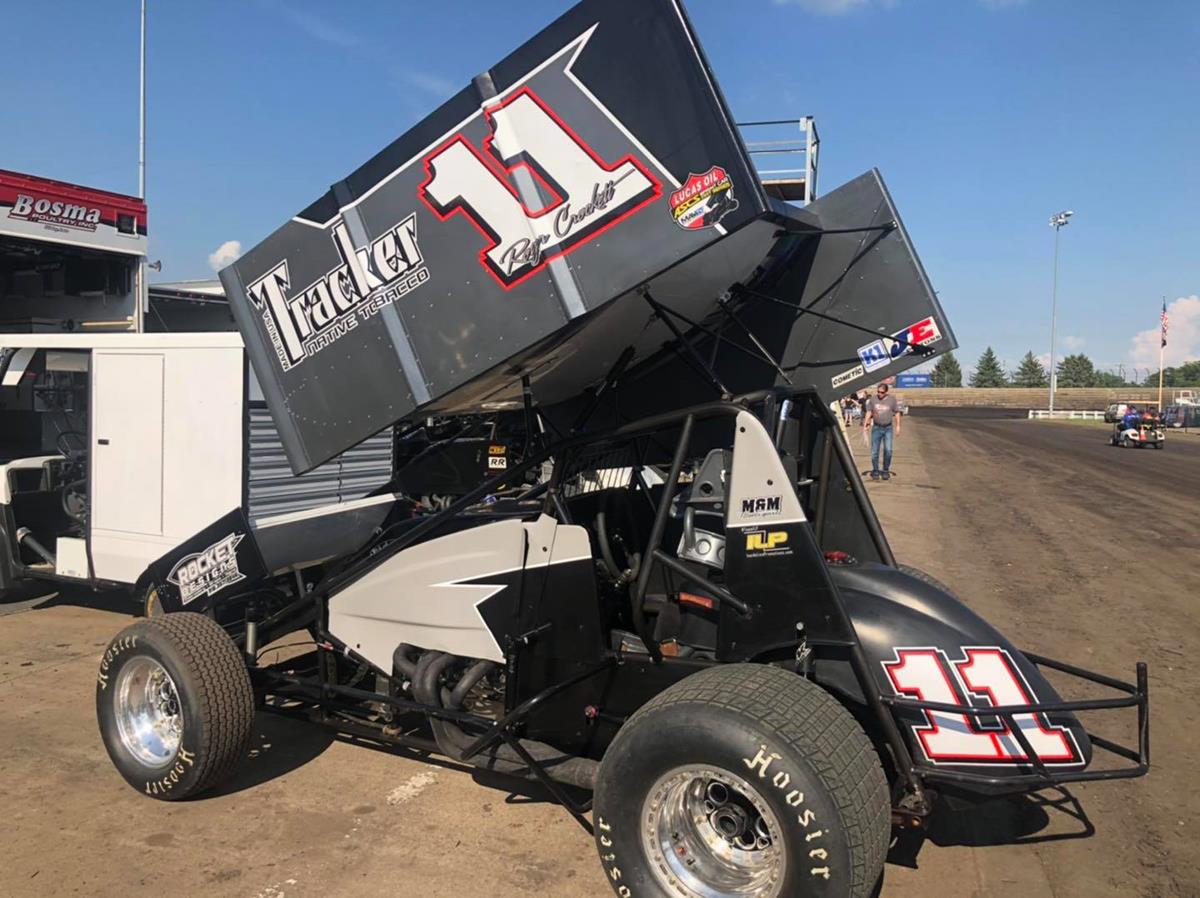 Crockett will race on Thursday and Saturday at Knoxville Raceway in Knoxville during the 30th annual My Place Hotels 360 Knoxville Nationals presented by Great Southern Bank and on Sunday at Southern Iowa Speedway in Oskaloosa during the Lucas Oil ASCS National Tour’s Sage Fruit Ultimate Challenge presented by Searsboro Telephone Co.

“I would have liked to have made it to Knoxville in the 360 this year, but I think the pill draw is so important that hopefully that’s on our side,” he said. “That’s the biggest thing. Qualifying is extremely important. The year we set on the pole we went out to qualify in the first 20 cars and made the best of it.”

Crockett’s best run at the 360 Knoxville Nationals came in 2012 when he qualified second quickest, placed third in a heat race and ended fourth in the main event during a preliminary night. That made him the high-points driver and gave him the pole for the feature on the final night. Crockett came home with a career-best fifth-place outing.

“I think it takes everything to win the thing,” he said. “With the 360 deal it’s so hard to pass. You’ve seen plenty of times guys are really fast and can’t get through the heat. The heats are hard to get through. It’s about being in the right place and taking advantage of it.”

Crockett was the Hard Charger Award winner last year during the Ultimate Challenge.

“Last year we drew really high and it took all we had to get to the show,” he said. “We moved up in the main event, but to run in the top three and have a chance at winning you have to have everything go your way.”

BC Motorsports is owned and operated by Brian Crockett, who is a veteran in the sport. Crockett amassed numerous wins and championships during his storied career. He has helped many young drivers rising through the ranks and has worked as a series director and in charge of track maintenance to name a few duties he’s held during his career.

“Without having my dad, who owns BC Motorsports, with his connections it’d make it tough for us to race,” Roger Crockett said. “He’s able to get everything we need and he really helps our team.”