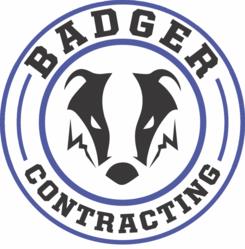 Other contingencies already announced for the Racesaver sprints include the $75 “BC Bonus” for the 17th place car, a $350 gift certificate from Blackchrome Sportswear towards crew uniforms for the hard-charger, ALL participants receive a front bumper from Sprintcar Nerf Bars of Australia, and one lucky team will receive a rear bumper and side nerf bars, also from Sprintcar Nerf Bars.

More contingencies will be awarded! No mufflers are required for the 305 class (410’s must have Knoxville Schoenfeld mufflers). Roger Hayden will be in attendance for tech purposes.

The BMRS “Backing it Up” Award will provide a $500 gift certificate for the driver losing the most spots (while still finishing the race) in the FRC feature event.

EVERY driver participating in the 410 class portion of the Front Row Challenge and the Seafoam Motor Treatment IMCA Racesaver division will receive a front bumper from Sprintcar Nerf Bars of Australia. Two participants will receive a rear bumper and a set of side bars.

The Hard-charger in the Racesaver class will also receive a $350 gift certificate from Blackchrome Motorsports custom apparel.

Fans will benefit as well! Frisbees will be thrown into the grandstand with driver’s names on them. If your driver wins an event, you win a gift certificate from Monarch’s Restaurant in Pella, Iowa.

Mark Stuchel’s Snap-On Tools franchise of Des Moines, Iowa will be sponsoring the “Mechanic of the Race”, presenting a 3/8” Impact Wrench Set to the winning mechanic.

Heat winners will receive $500 in cash. Sponsors for the $500 cash gifts will be Country Builders Construction, Seafoam Motor Treatment, Superflow Dynamometers & Flowbenches and True Value of Oskaloosa. Heat winners will also receive a shovel from TheSnowPlow.com, and “Protein 7” from Nutrishop of Maple Grove, Minnesota.

Hepfner Racing Products (HRP) is located in Hartford, Wisconsin, and provides sprint car components. Among their giveaways are a Shop Assembly Cart – Tear Down Cart, a Nurf & Bumper Rack, a Nose Wing Tray and a Wheel Wrench Rack. In addition to these giveaways, the top finishing HRP Wing customer will receive a new top wing!

Country Builders Construction of California will be offering a $500 bonus for the driver with the quickest time in qualifying.