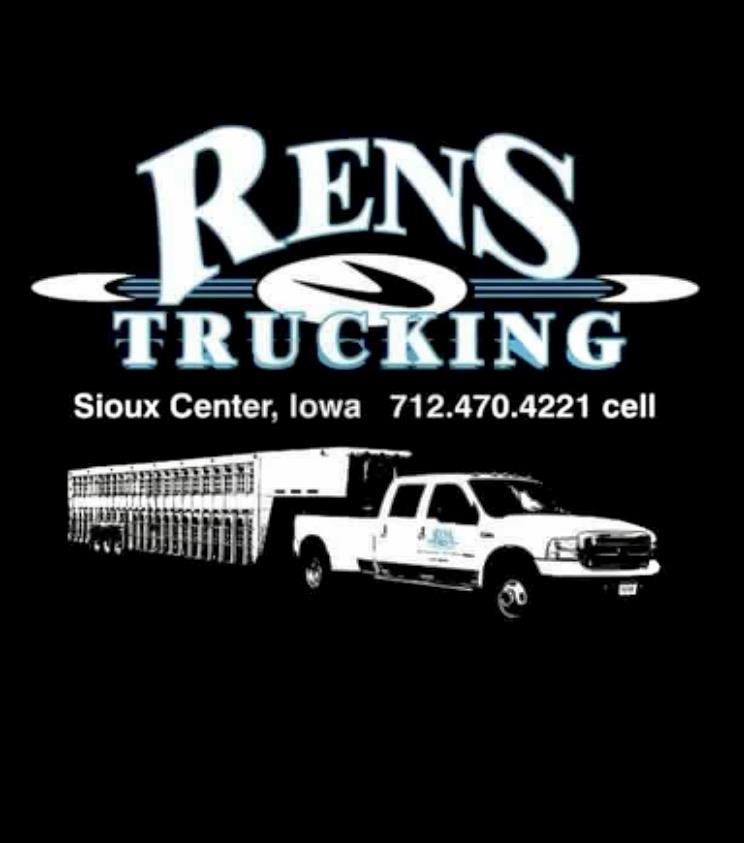 Jeff said today, “The Front Row Challenge is on August 7, exactly one year after Bryan’s passing. As much fun and excitement he gave us as fans, as a fan, I wanted to do something in return in his memory. It’s not often 17th place gets you a bonus, but I think this is a small, fun way to continue to never forget Bryan and what he did for our sport. I have been a sponsor on Terry (McCarl) and Carson’s cars, and friends with their family for a few years now, but wanted to do something a little different, and help with this great event that they work so hard to promote.”

Rens Trucking is a family owned trucking company established in 2008, located in Sioux Center, Iowa. They specialize in all types of livestock transport, by way of gooseneck trailers. They have a forty foot trailer with a deck, used for feeder pigs and Isoweans, a 40 foot flat floor trailer for market hogs and all sizes of cattle, and also a 36 foot flat floor trailer for the smaller loads. Check out their Facebook page, or give them a call with your livestock transport needs. Call Jeff Rens at 712 470-4221.